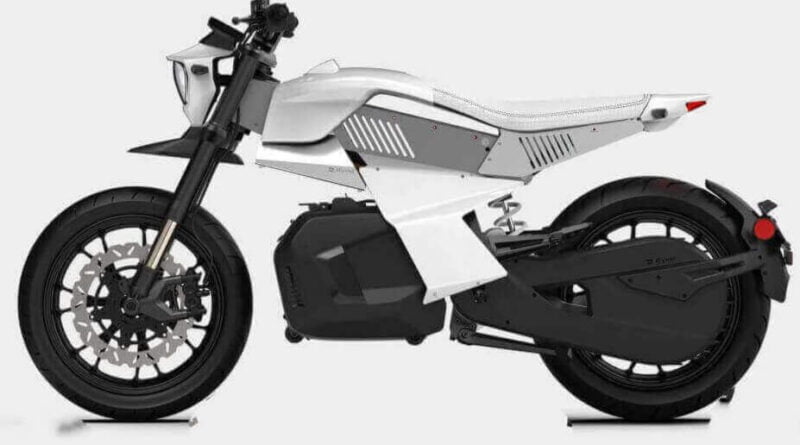 The electric motorcycle market in the US will soon welcome an exciting startup that plans to shake up the industry with a radical new electric motorcycle: the Ryvid Anthem.  And the company is planning to make it at a price that doesn’t have riders running up hills, instead carving them up. 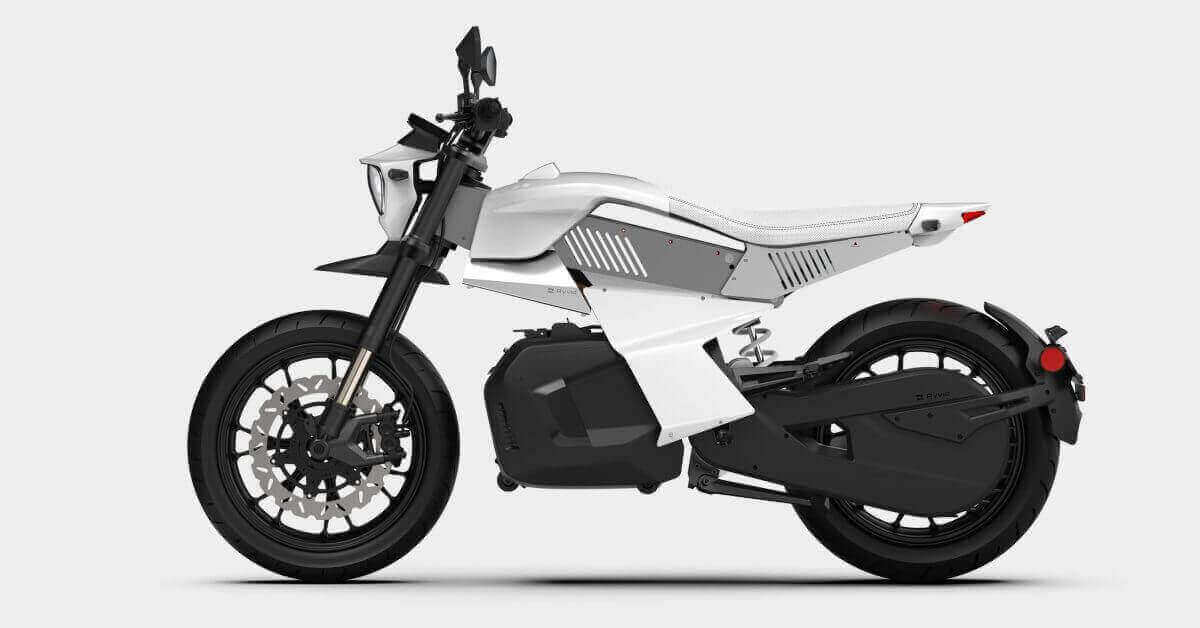 With few US-based electric motorcycle manufacturers, any new player is bound to make waves.  But Ryvid isn’t always just a few run-of-the-mill new electric powered motorbike startup. It is a team of engineers and designers who combine a lifelong passion for motorcycles with years of experience working in the automotive and light aircraft industries.

That sounds like a strange mix, but it works for them.  Take Dong Tran, founder and CEO of Ryvid, for example.  His resume includes a long list of automotive credentials, including experience at General Motors, BMW Designworks USA, Toyota’s Tokyo-based design lab, and Honda R&D.  But over the last four years his design and engineering experience has expanded into aircraft with design work for many airline companies including ICON Aircraft.

As a lifelong motorcyclist, his design experience and personal passions led him to combine his skills and expertise to create Ryvid to design efficient and affordable lightweight electric motorcycles.  And the first bike unveiled by the company this morning is the awesome-looking Rivid Anthem.

But a closer look at the Anthem reveals that the bike is mediocre.  Instead, Ryvid took a completely specific method to design.

Firstly, the bike frame is designed in a completely unique way.  Instead of a typical tubular frame, the Ryvid Anthem uses folded aluminium and stainless-steel sheets to create an ultra-lightweight and easy-to-assemble unit.  The entire chassis weighs just 12 pounds (5.4 kg), Tran effortlessly demonstrated on a recent Zoom call with me as he reached behind him with one hand to pull out the chassis to show me.

The bike also features some new shape-shifting technology, including the ability to raise and lower the seat by 4 inches (10 cm) to alter the bike’s geometry and fitment for taller and shorter riders.  The seat actuator can lift several hundred pounds, meaning it can be adjusted in motion with the rider on top.  The bike can thus morph from 30″ to 34″ saddle height.

Other smart features on the bike include push button “ignition” with keyless start, LED lighting for low-power lights (which is still a valuable upgrade on many other electric motorcycles like the Zero), a 4.9-inch TFT display and dual high-output USB ports for device charging.

The novel frame design means Ryvid is able to add multiple mounting points for the suspension and head tube.  Changing the feel and ride of the bike is as easy as changing the mechanically mounted head tube angle or suspension mounting points.  This makes the bike future-proof, allowing quick exchange of future parts and upgrades.

A swingarm-mounted final drive helps simplify motor assembly, as well as reduce cost and labour.  The Swingarm also features variable gearing on the final belt drive, meaning that even city riders who don’t need to reach the bike’s full top speed of 75 mph (120 km/h) can trade some top speed for torque low-speed acceleration.

The low mounting point of the 7.5 kW continuous-rated and 13.5 kW peak-rated motor keeps weight down on the bike, as does the low-slung 4.3 kWh battery pack.  The complete bike weighs around 240 lb (108 kg), which is already quite light for an electric motorcycle, but the low centre of mass makes the bike even more nimble.  And with 250 lb-toes of torque on the rear wheel, the Anthem takes complete gain of that electric powered motor.

Most of the Anthem’s weight comes from the 65 lb (29.5 kg) battery pack, which can be removed to charge the bike when needed.  The process of removing the battery is quite ingenious, as unlocking it from the bike allows the battery to drop down on built-in wheels for easy rolling into an apartment or office building.  Trance showed me the process through zoom and it looks very slick.

When returning the battery to the bike, the battery case locks onto the fulcrum in the bike’s housing.  This means the rider will never be able to support the full weight of the battery, although Tran has demonstrated that it is possible to carry it – biceps bulging and all.

Charging the battery at a normal home outlet takes three hours at 220V or 6 hours at 110V.  An optionally available on-board charger in place of a separate brick charger is presently withinside the works however might not be to be had at launch.  If you have a ground-level outlet like the one in the garage, you’ll never have to remove the battery.  But for someone who lives in an apartment or doesn’t have access to an outlet, the ability to roll the battery indoors, up the elevator, and into your apartment or office to charge is a nice feature to have.

The Ryvid Anthem claims a range of 75 miles (120 km) in Eco mode, which can be a city-focused mode.  The company quotes a range of 40-50 miles (64-80 km) in Sport mode without turning on regenerative braking.  A mixed ride is likely to fall somewhere in between those two figures.

The company is planning 1,000 runs of the Launch Edition Raid Anthems, the company’s first production model.  They will officially go on sale on August 14, 2022, with deliveries expected to begin in the summer of 2023.

The $7,800 price puts the bike above some other commuter-spec electric motorcycles on the market in the US, but below entry-level offerings from companies like Zero or LiveWire.

Colour me excited!  I can see the look being divisive, but I already love it.  And I am impressed with the innovative features like variable frame geometry, adjustable seat height, novel frame construction etc.

However, this isn’t the first time I’ve been excited for a new commuter-level electric motorcycle that promises a reasonable price and delivery within a year.  I’d be remiss if I didn’t mention the SONDORS Metacycle, which has a speed of 80 mph and a range of 80 miles for $5,000, but has now run more than half a year past its projected delivery date.  Deliveries are imminent, but it looks like no one has received one yet.

That being said, I’m glad to see Ryvid has taken a different approach.  These guys are working in stealth mode until the metacycle is “on the way”.  Instead of rushing in with a single prototype and promise, they refined the product and planned production so that they could reach the shipment goal in 12 months.  And don’t even get me started on Damon Motorcycles, who are promising us an electric motorcycle with adjustable seat height from 2019, but haven’t started production yet.

The Anthem appears to have been designed with final production in mind, unlike the Metacycle, which was unveiled with a laundry list of distinctly non-street legal components that were changed in the production run.

Will Ryvid succeed?  Nobody knows.  But the team certainly has the design experience and technical background to make it happen, and they’ve taken the right approach from the start.  So I’m cautiously optimistic that we’ll be quietly humming real Ryvid songs around US cities next summer. 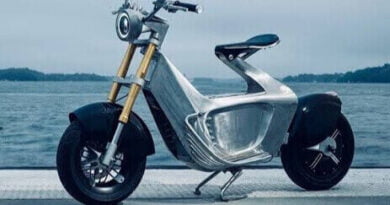 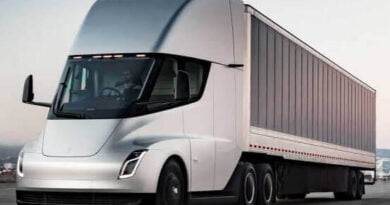 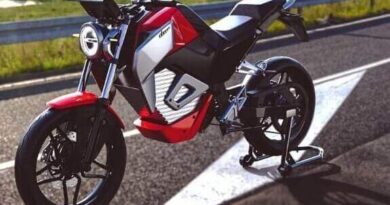