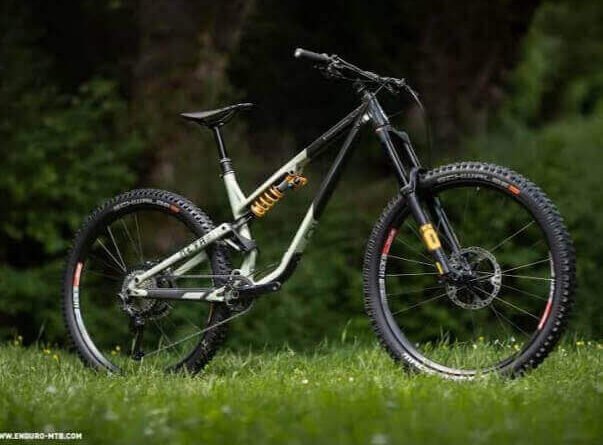 Beta Photo Director, Anthony Smith rolls the dice on a frame that never rides and builds one of the most amazing all-metal dream builds we’ve ever seen.

Some bikes leave marks that burn in your brain even after years of riding.  That was in 2017 when I drove the Commencal meta back.  I know what you’re thinking: how can a 5-year-old bike influence what you want to ride today? 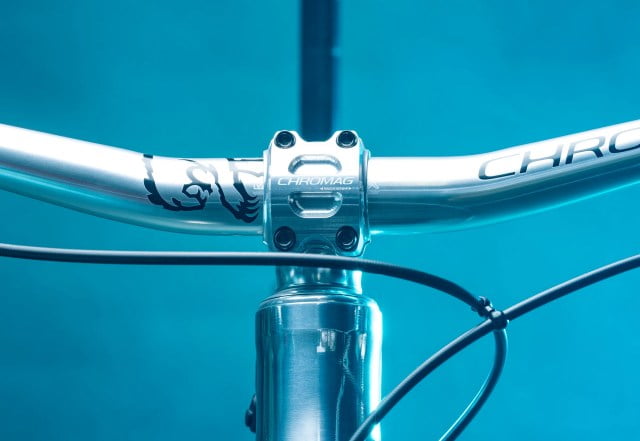 The meta that I rode back in ’17 had an unforgettable personality.  It felt awful but riding perfectly and looked simply indestructible.  I’ve only been on that bike for a week, and from the first drop-in, it felt like ‘my bike’ – I instantly gained speed.  There was no learning curve or period of knowing you, full gas from the word.  And did I say silver?

Fast forward to 2021, and the lack of massive epidemics seems to change my thinking about what kind of bike makes sense at the moment.  I’ve ridden more bikes than I can count in the last two years, which is easily on my Dream Build shortlist.  But I kept coming back to the feeling of the indestructible trail weapon that could face a storm.  One small problem: I never drove the new Commencal Meta TR.  About five years ago I was pulling the trigger on the feeling that this heritage model remains in me.  Talk about making a lasting impression, right?

I wasn’t going absolutely blind, though.  The geometry in the new Commencal Meta TR is right on the sweet spot I was attracted to last year, with a large size of 490mm.  The steep 78.6-degree seat tube angle and relatively small 435mm chainstays combined with the 64.5-degree head angle give the bike the familiar feel I was looking for: a full-gas-like feel from the first ride. 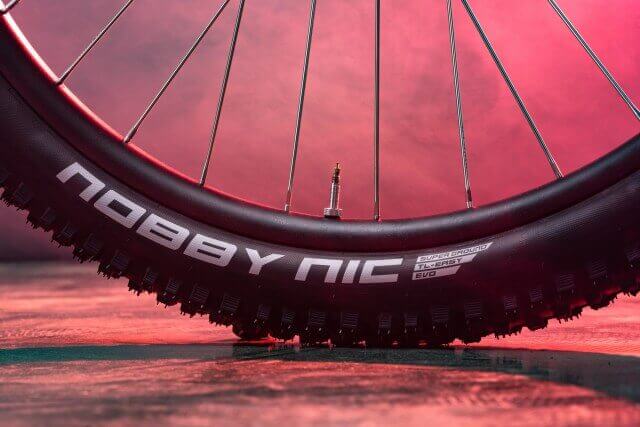 As for the spec, there are some tried and true parts, which I don’t mind.  Of all the wheels I’ve ridden over the last several years, the Industry Nine is at the top of the pile when it comes to reliability.  I have spent the past three years on the set of Enduro 305 aluminum wheels.  Three years!  Let me be clear, I’m a middle-aged hack when it comes to line selection.  The wheels don’t seem to stay under me.  Those wheels, though, are impressively bomb-proof, so a fresh set of Enduro 305 rims laced to Hydra hubs is the obvious choice.

Kane Creek eeWings may seem a bit overdue amid a global supply chain crisis, until you hear about the same set of cranks I put in my Transition Patrol Dream Build for Bike Mag in 2017.  We have polished them and they look new.  What’s remarkable is the set of these Eevings, and I can’t see them skipping a beat in the years to come, even after five tough seasons.  Could this be the last crank I have ever ridden on a personal bike?  At this rate, it’s not impossible. The goal of the remaining drivetrain parts on this bike was simplicity.  Skeptics may argue that SRAM’s AXS system adds complexity, but I manage to get to the door for every ride with a charging phone and air pod, so you never convince me that a couple more batteries in my life will cause any misery.  .  Perfect shifts and fast dropper return every time I need it on any bike and the AXS still hasn’t skipped a beat.  The XO cassette and XX1 chain complete the shift bits.

I’m a sucker for coil-sprung trail bikes.  This is not to say that I oppose air shock, but on a less traveled trail bike, coil shock has a way for me to unlock stealth codes on the trail.  The EXT Storia Lok V3 is magic in this 140mm travel frame.  I admit it took me a while to find the sweet spot with my settings, and using a 12mm wrench to set high-speed compression is not recommended, but once you nail the setup, the performance is well worth it.  Rear-wheel traction is noticeable and completely unmatched. 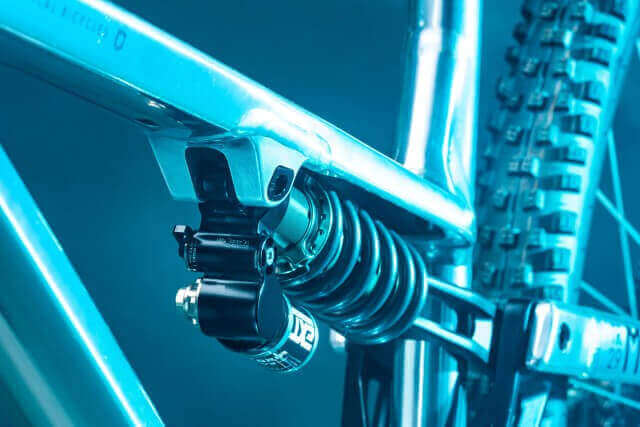 And next, the EXT era is, unsurprisingly, the perfect match.  The era has two separate positive air spring chambers for better spring curve control than tokens, without the need for tokens.  And there’s another fork that feels simultaneously supportive and supportive.  It was a feeling I didn’t know existed until it was riding the era.  The Meta TR can run a 150 or 160mm fork and for my riding style, I opted for the 160.

I am fascinated by the TRP EVO DH brakes.  They have a light lever touch that I like about Shimano brakes with the modulation of SRAM codes.  And power is second to none.  The front and rear of the 203mm rotors are probably more than I need, but going back to the point of being a middle-aged hack, I wouldn’t say braking is always a very accurate and calculated exercise.  Sometimes I have to catch a buttload of brakes, and these stoppers never let me down.

Chromag OSX bars and the Ranger trunk are a great pairing.  I’ve ridden this combo on various bikes for years and it never disappoints.  The 31.8 clamp diameter takes the edge off and has more compliance than the 35mm offering.  The polished look is really the only option for this build.

Regardless of any era of my riding career we are talking about the Chris King headset has high performance without any hassles.  The parts you never think about are fine.  The King headset on that rig was only at the beginning of its life, as was my previous bike’s Eevings.  Five years later and the day I installed it, it is as smooth.  If done right, once, I’m always going to choose the King headset for any new build. 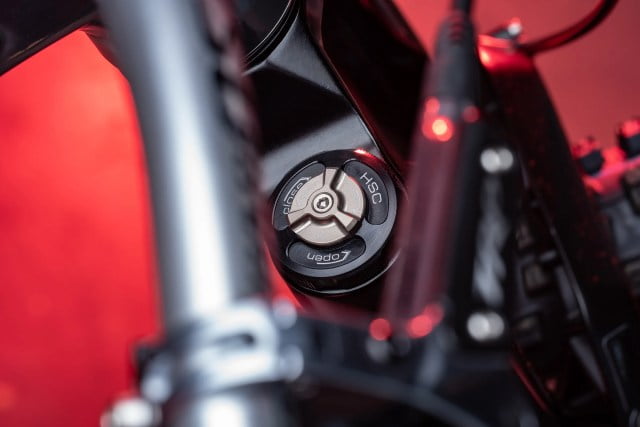 Finishing things up for touchpoints, I chose the Chromag Trailmaster LTD Leather Seat because it is incredibly comfortable and durable, the DMR Deathgrips do a great job of seating and I like the feel of them, the Crankbrothers Stamp Pedals because they are my favorite, the LeCage and the CNC  Because of the cage, it perfectly matches the beauty of the bike.  Finally, the whole thing revolves around Schwalbe Nobi Nick rubber.  Normally I would go for a little more nerdy, but since it’s still a trial bike, I chose the middle ground of the tires, which I think is a good fit for the quick, snappier nature of the Meta TR.

I have now hardened seven months of my time in this alloy dream build and my hopes for it have been laid out on every front.  It’s fast and efficient, and I can pick my way up the technical path, but it’s rough enough to loosen up to smash the rowdy offspring.  The fact that I have zero carbon fiber on it makes it the hardest working horse I have ever had as a child, and the blindly polished finish is probably the most beautiful bike I have ever had. 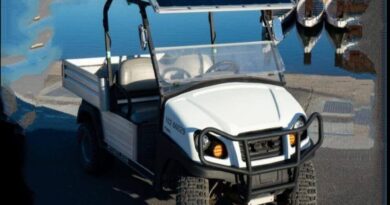 Startup’s solar module can turn any EV power into use of sunshine, 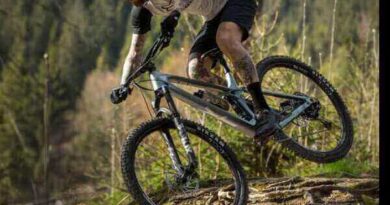 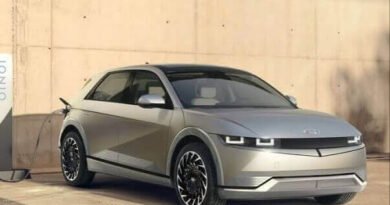 One thought on “The CommonCal Meta TR is a nostalgic throwback to all the bikes I’ve loved.”